Abdusalam Gadisov: With Gazyumov didn't struggle, but well I knew his wrestling"

Abdusalam Gadisov: With Gazyumov didn't struggle, but well I knew his wrestling" 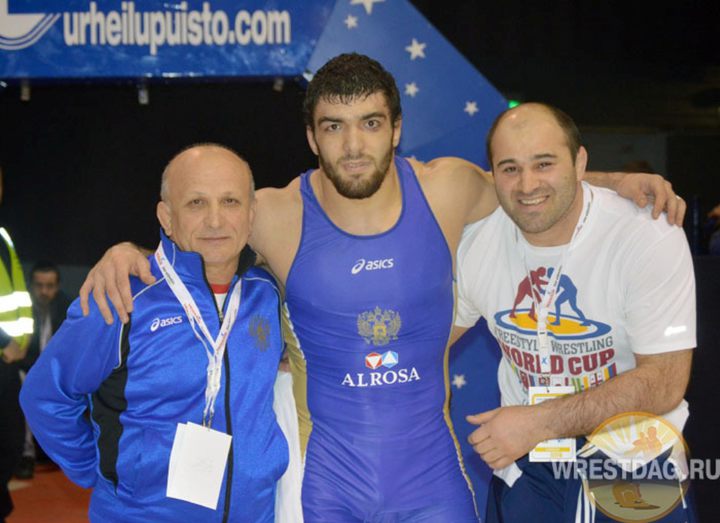 The Makhachkala Dynamo member Abdusalam Gadisov for the second time won a title of the champion of Europe.

"Whether well I was ready to the championship? — the Dagestan light heavyweight asked again the correspondent of wrestdag.ru. — Prior to the beginning of superiority I couldn't answer this question. Objectively I can estimate the status only on a course of competitions. If I add from wrestling to wrestling, means everything is all right. Quite so was now. To the final I benefited three duels ahead of schedule and only with the Hungarian struggled all six minutes. It is visible, for it was essentially how to lose — ahead of schedule or in the main time. In case of score 8:1 it continued to resist desperately, occasionally even worked roughly. The Hungarian stood, and I wasn't strongly afflicted that him didn't pressurize as for me it was to some extent useful to carry out full wrestling that fought and to return to normal. It would be possible to spare, of course, forces, having ahead of schedule finished a meeting, but in it there was no big need as a break honor at four o'clock between morning part and vespers allowed to be recovered to the final.

In the final it was necessary hard though the score 5:1, apparently, indicates the opposite. I never struggled before with Hetag Gazyumov and even at trainings with him in couple didn't work. But I knew its wrestling well. It fine passes in a foot, and, having appeared behind, skillfully applies revolution by skrestny capture of feet. I managed to be protected from its corona receptions. I managed and to come off in the score. The minimum lift-off in points didn't suit me. Gazyumov the skilled wrestler, it at any time can explode, and in case of the slippery score everyone could happen. On it I already burned therefore went to defense only when ensured comfortable advantage in five points.

The plan for the final to me managed to be implemented and, generally, I am happy how finished wrestling at these competitions. While the current season develops for me well, but ahead — even more important starts. Now I should have a rest a little, and then I will start preparation for the championship of Russia".