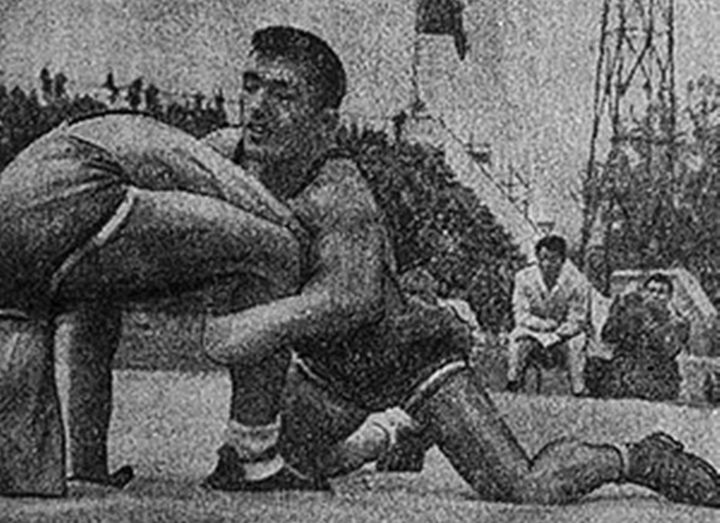 Sunday was given October 20, 1963 for the sports public of North Ossetia the intriguing. On the newcomer, a year ago the constructed Spartak stadium the meeting of national teams of Russia and Iran on free-style wrestling took place.

This event caused in Vladikavkaz and in all republic huge interest. Fight already then, at least, wasn't less popular in Ossetia, than soccer. As confirmed jam-packed almost thirty-thousand tribunes of stadium.

The Russian national team was supported by three Ossetian wrestlers. Dagestan was represented by the well-known Ali Aliyev, by then the quadruple champion of the USSR and the triple world champion. After in the easiest weight N. Gogolev, Aliyev suffered defeat leveled situation, having won against the strong Iranian, the fivefold champion of the country And Hodabanda. But then Iranians again came forward. This is our Dzantemir Mirzoev, first winning on points, in the face of native public closer to the end of fight I missed advantage and I allowed the Iranian to defeat myself.

Situation for the national team of RSFSR became menacing. And at this moment under an applause of the audience on a carpet there was Mikhail Bekmurzov. Wrestling in light-middleweight weight yet didn't begin as suddenly weather deteriorated, and began to drizzle a small autumn rain. But it couldn't prevent a pressure of the Ossetian athlete. At first both wrestlers regularly gained points. However then Bekmurzov undertook decisive effort and broke the desperate resistance of the terrible opponent.

The following meeting came to the end in a draw and as Iran couldn't expose athletes in all weight categories, to guests twice without fight awarded defeats, as predetermined a general victory of Russian national team – 4,5:3,5.

One more fight took place out of official offset. In it Yury Avetisyan from Vladikavkaz in the same light-middleweight weight won everything against Iranian M. Agili.