Oleg Chernov: before the championship of Europe for the first time told little girls that they are ready to stand at the highest step of a podium

Oleg Chernov: before the championship of Europe for the first time told little girls that they are ready to stand at the highest step of a podium 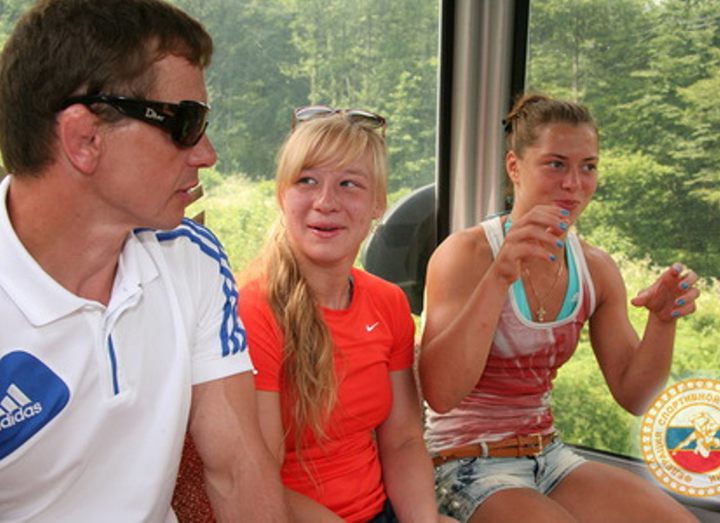 In the European championship passing in Finnish Vantaa on the Olympic styles of wrestling Russian women's national team won two gold medals. Both awards of the highest advantage in a moneybox of team brought pupils of the trainer Oleg Chernov and Egoryevsky school of wrestling. Oleg Chernov shared Asiy Alimovy pleasure with the correspondent of WRESTRUS.RU, and also told about the interesting moments from life of the wards.

- Today I am the happiest person on light, - Oleg Chernov smiled. – In the sportswomen, I trust always, but before this European championship I for the first time told both of them that they are ready to stand at the highest step of a podium. Also I wasn't mistaken. Everything coincided: thanks to change of weight categories of the girl ceased to compete among themselves. Besides they really morally and physically grew before to become champions of Europe. Masha Gurova so simply revealed this year.
- Masha Gurova started training at me from the second class, - Oleg Chernov - At this age difficult to build forecasts of rather sports career told. But one moment to me was very much remembered. At her home the photo where it absolutely small seized a bread long loaf caught sight to me. Such you know red "scratch cat" - the won't give. In wrestling it was same, fought always up to the end, up to injuries. And injuries very much disturbed on its way. In 17 years Masha in the final of Yaryginsky tournament gave battle to the fivefold champion of Europe Natalya Golts. And I met the eighteenth birthday on the operating table. She then still asked me to undergo an operation, and I at first and didn't understand. But I persuaded her to meet one birthday not at a table, and on a table. Since then at us the main thing of a wish to meet birthday at a table.
- Lera Koblova came to section in the fifth class in 2004, - continued the story Oleg Chernov. - All came to it easily: exercises, games. At once the adequate relation to work was visible. All this goes from a family. If it wouldn't come to wrestling it surely was realized moreover and realized in something another. When Lera married, I had no doubts concerning her sports career. Dima my pupil. I in secret approved this novel. After all everything occurred at me in the eyes, and I knew that the guy reliable.