Gajah ALIYEV: I took a revenge, understanding that it is impossible to lose to the wrestler from Russia

Gajah ALIYEV: I took a revenge, understanding that it is impossible to lose to the wrestler from Russia 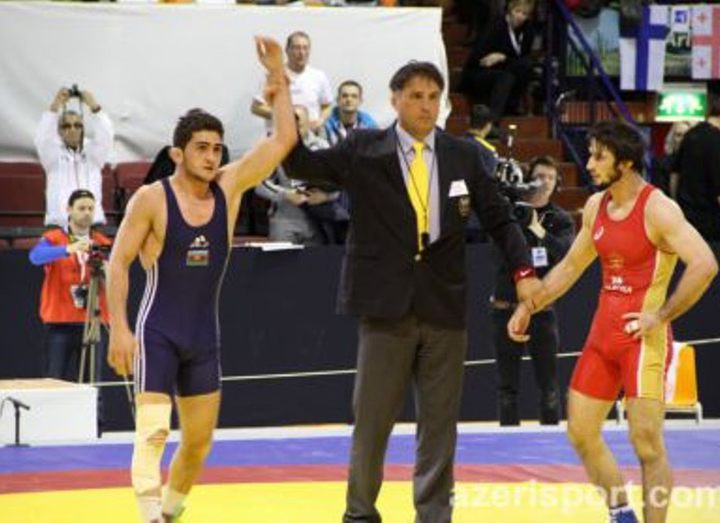 The champion of Europe on free-style Gadzhi Aliyev wrestling(65 kg) in interview of azerisport.com told about the victory and the future.

I congratulate on a magnificent victory.
Thanks. I long went to this success and is glad that won.
Especially tensely final fight with Bekhan Goygereev turned out …
All way to the final was difficult. But I agree that the final with Bekhan turned out intense. He is very difficult rival, after all the world champion. But I very well was prepared, trained and achieved the. Thanks for everything to trainers and federation management.
At what moment of the final you felt, what today you will win?
I knew that Bekhan sometimes gives a foot. Here also I used it. I well knew methods of fight of the rival, after all met him twice. Last year on Ali Aliyev's Memorial I won against Bekhan with the score 7:0. But then he won the World Cup.
Your victory is very interesting and from that point of view that yesterday gold couldn't take neither the Olympic champion Togrul Askerov, nor Hetag Gazyumov.
I think, Togrul wasn't ready, and at Hetaga it didn't turn out. I had to direct all efforts for the sake of a victory.
You knew, what it is the third final between fighters of Azerbaijan and Russia?
Yes, I knew. Also I understood that lost twice, and now it is necessary to win. I took a revenge, understanding that it is impossible to lose to the fighter from Russia.
What to wait from Gajah Aliyev in the future?
Victories in the World Cup and on Evroigrakh in Baku (laughs).
Usually athletes devote someone a victory …
I devote a victory to the Azerbaijani people and the family.
Vugar ZEYNALOV
Вантаа, Finland
источник