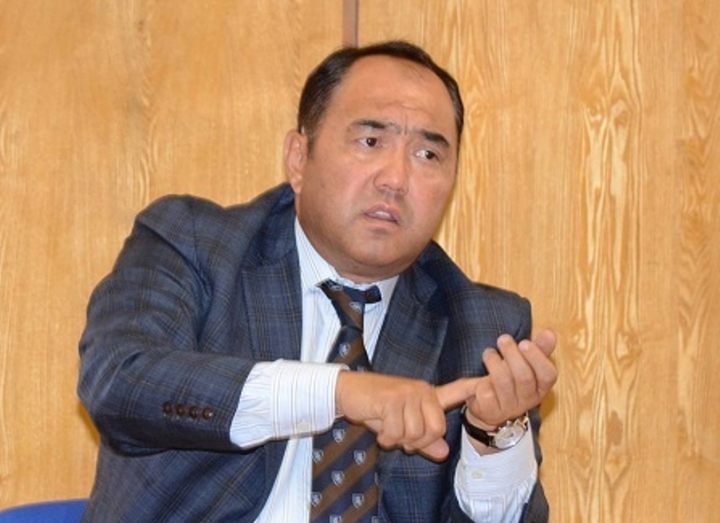 Last week retired, having shut the door with a bang, now the former director of State agency of physical culture and sport Murat Saralinov.

Speak, at government meeting he declared that in case of such indifferent relation of principals of the country to the industry of records and improving movement he can't work further.

Saralinov's leaving made a painful impression on athletes and trainers. Generally in Kyrgyzstan directors of State agency change every year, Branch the film director, the specialist in tourism directed and the whole cohort of officials who appeared it isn't known from where left in anywhere.

But Saralinov - a case special, it is possible even to tell, unique. He is the master of sports of the USSR on free-style wrestling, then long time worked in law enforcement agencies and public institutions, parallely headed Federation of wrestling of the republic.

In the spring of last year Murat Saralinov decided to charge himself with heavier burden: to become the director of State agency of physical culture and sport. Athletes and trainers breathed sigh of relief - at last the professional athlete who is hotly loving the business, the skilled manager became their curator.

Here is how Murat Saralinov evaluates totals of the operation on a post of the director of State agency on sports and that speaks about the reasons of the resignation:

- I made much. I brought an order to activities of sport schools. Trainers began to report about the operation, to hold presentations of the plans. I forbade to go on the championships of Asia, the world, tournaments of a series of the Grand Prix to supernumeraries. We have many travelers from the sports, wishing abroad only to be photographed at historical monuments. In cooperation with my deputy, professor Motukeev, developed the Concept of motivational methods of sports activities. Essence of this document in the following: the person who has achieved success and the industry of records, improving movement, receives privileges in case of payment for study, moves ahead on the official ladder quicker, the extraordinary military rank is appropriated to the military personnel. I beat out money for repair of our decayed Sports palace in the government.

Disappointments began at the beginning of this year. The budget of State agency reduced by 100(!) million som (1 dollar - 54 som), and now it makes only 450 million som. But it not the most terrible. Even we received these remains with big delay, on particles. How many time there were such situations when dear trainers to go together with the pupils on the World Cups and Azi, put the apartments and houses, and even sold them. This year, as we know, will pass the Second junior Olympic Games and Asian games, but our governors and don't think to help athletes with preparation for these starts. Generally, I have suffered much this indifference according to the full program, - bothered, I can't any more!

And still, Murat Saralinov as the person who is hotly loving sports, won't turn away from it. He together with the friends businessmen decided to create Fund of support of the Kyrgyz sports. They will select five-six most talented young athletes and them will send for study to skilled foreign experts. "The Kazakhstan figure skater Denis Teng, - Murat Saralinov speaks, - within several years lived and trained in Canada and as a result won bronze at the Olympic Games in Sochi. Here and we with friends will go on the same way".