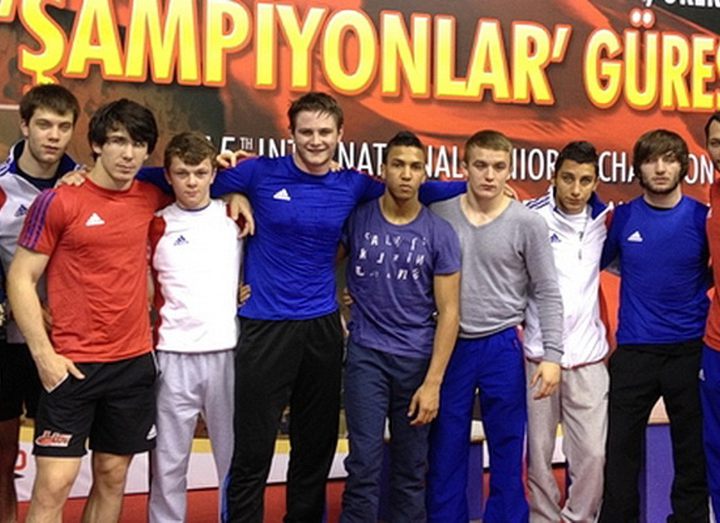 We already reported that from May 30th to June 2nd in the city of Ankara in Turkey passed the 16th International FILA "Champions" tournament according to the manumission, female and Greco-Roman wrestling where Imam Adzhiyev representing Russian national team became the champion. However, decided to return to these competitions to tell to readers about one remarkable fact.

The national team of France on this tournament exactly was half provided by the Chechen athletes. However, none of them didn't manage to get in prize-winners. But, undoubtedly, the fact of such completing of the French national team is of interest to the Chechen fans of wrestling. Therefore we decided to acquaint you with these athletes. Yusup Deliyev appeared in weight category  55 kg. He lost the first fight to the Turkish wrestler Hakan Demirchi with the score 0:2, 1:4 and left competitions. Yusup is the repeated champion of France among young men and juniors.
In weight category 66 kg Ruslan Mukhtarov who had 30 rivals fought. The first fight Ruslan benefited the Turkish athlete, but the second conceded to other wrestler from Turkey. As a result Mukhtarov took the 7th place.
Champion Frantsii among young men and juniors Zelimkhan Hadzhiyev lost in weight category 74 kg in a difficult duel with Turk Mevlüt Cholak with the score 3:3, 1:3.
In category 84 kg on way Islam  Dudaev were followed also by the Turkish wrestler Resul Kalaychi. Though the first period to Islam managed to be benefited, as a result the Turk was the winner.
These wrestlers, most likely, will represent France on superiority of Europe among juniors next month
ABDULAEV Movladi's By