Farmonov in wrestling for a champion's title of Uzbekistan overcame Sobirov

Farmonov in wrestling for a champion's title of Uzbekistan overcame Sobirov 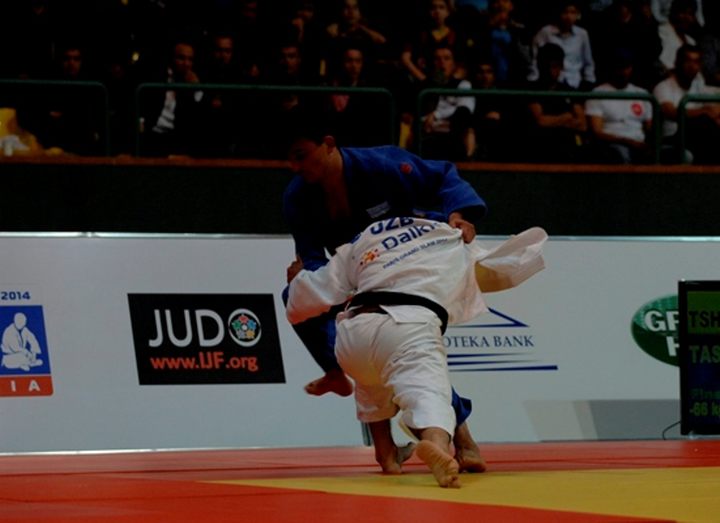 having left, undoubtedly, it is a lot of high points in memory both "responsible" for tournament, and the numerous audience supporting the favourites on tribunes of sport center "Uzbekistan". As the press service of Federation of judo of Uzbekistan, certainly, among leaders reports, and the highest world level in lists the double world champion, twice the bronze prize-winner of the Olympic Games Rishod Sobirov appeared also. And, as we know, in weight category rather new to it – 66 kg. Victory, victory, victory and again victory … but all this in selection duels, and then the final face to face with also titled and ambitious Mirzakhid Farmonov. We will remind, Farmonov – the silver prize-winner of Asian Games in Guangzhou, the prize-winner of the World Cup stages, the winner Tashkent Gran Pri, in addition the owner of a rank the honored athlete of Uzbekistan. As a result in this weight the championship for Mirzakhid Farmonov became "gold". Rishod Sobirov confirmed again thought that a victory easier to win after all, than to hold. Anyway, Rishod – the judoist with a world name and recognition, however, as well as many others, at which this not idle time, but so much attractive sports way ahead. After all big travel on sports waves, begins exactly here, in national championship.

On total number of medals judoists of the capital on the first place. On their account of only 12 awards – on 4 each advantages. On the second position on team of Khoresm. At them as much gold medals – four as well as at the leader, and also 3 silver and 2 bronze. With two gold and one bronze medal in an all-team competition the team of Kashkadaryi finished.

On it the championship of Uzbekistan among adults-2014 summed up the results. Already less than in a week fans of judo will be able to watch again the favourites, but already within youth national championship (age of participants of 1994 - 1995 year of birth). It will pass from April 8 to April 11 in Chirchik.
источник