To Chuck Norris — 74! Five professions of the sevenfold world champion in karate

To Chuck Norris — 74! Five professions of the sevenfold world champion in karate 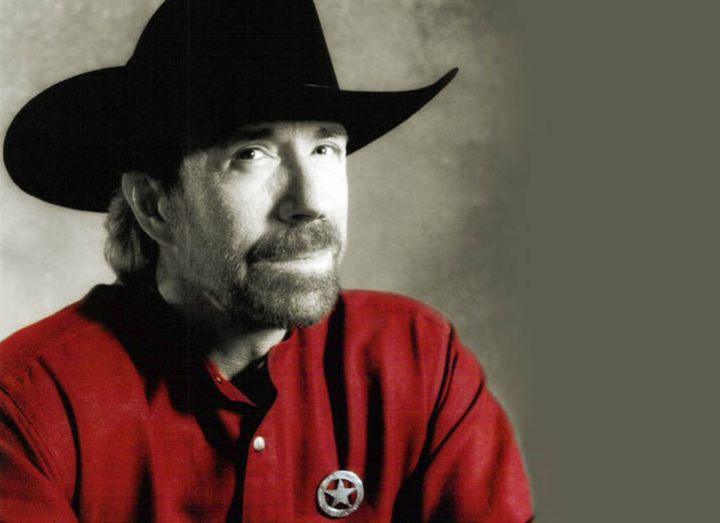 Today, 74 years to the sevenfold world champion in karate, and later the popular actor Chuck Norris are executed on March 10.

In this regard an event, Sovsport.ru tells about professions which Chuck Norris seized during the lives.
CHUCK NORRIS — THE MILITARY PILOT
Chuck Norris was born in the American city Ryan located in the State of Oklahoma.  The father – Carlos Rey Norris – was a mechanic, mother – Uilma Norris – didn't work.  Mother by origin the Indian, the father – the Irish.  In youth future actor earned additionally the loader and dreamed to become the police officer.  Therefore after school it went to study as the pilot of the U.S. Air Force.  Having learned and having received a military rank of the pilot of the third class, I got to serve on military base to Korea.
CHUCK NORRIS — THE ATHLETE
From it nothing to do in Asia started going in for martial arts, to study judo and taekwondo. He retired from the Air Force, having a black belt. He also was engaged in ju-jitsu by the Brazilian technique. Soon Norris opened the first school of karate. It happened in 1963. Then, in a year, it opened one more educational institution. By 1968 it already had 32 schools of karate. In 1968 Norris won a rank of the world champion in karate competitions. It didn't lose a title of the champion within seven next years.
CHUCK NORRIS — THE ACTOR
Chuck began the career in a film world by means of well-known, in the future, the actor Steve McQueen to whom, in due time, Norris gave karate lessons at own school. He also brought Norris on a set. Its first rather serious role was played in the movie with Bruce Li — "A way of a dragon". It was pleasant to act in at film to Norris.
In 1977 it returned to cinema, played a role in the fighter "the Call! " and soon I became a star of movies. In 1993 the CBS TV channel suggested it to play a role of the Texas ranger Walker, and the actor agreed. He also acted in movies "Silence Code", "Invasion into the USA", "Missing persons".
CHUCK NORRIS — THE BUSINESSMAN
The master of fighting single combats quite successfully entered business. It opened in Las Vegas own casino and entertaining club in Moscow. The club is called as Chuck Norris Enterprise Club Beverly Hills. It opened on a place of the former club "Zhar-ptitsa", Chuck Norris in 1995 became his co-owner. In an institution there were a cabaret, restaurant and a casino. A bit later he decided to be engaged in Russia in search and further promotion of young talents.
CHUCK NORRIS — THE FOUNDER OF THE TV SHOW AND THE PUBLISHER
The actor created a huge number of entertaining TV shows on television. It opened the magazine, also began to publish books. He wrote 7 books.