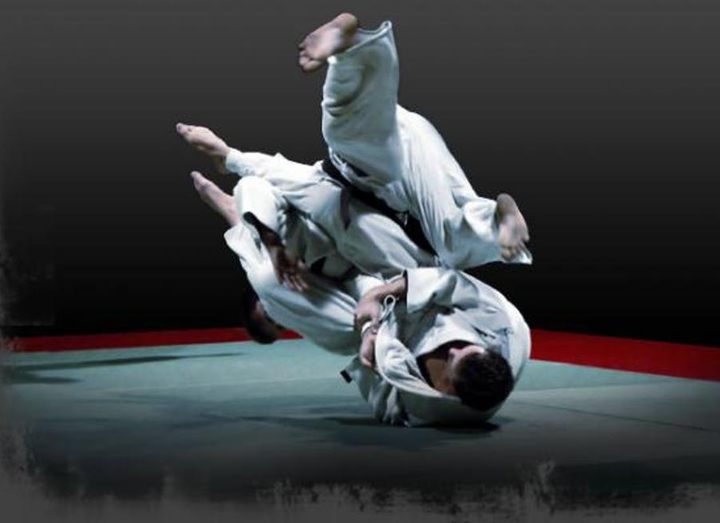 All know well how vigorously Dzigaro Kano's pupils won against all on competition in police department: here and Cyro Saygo with its infernal a hole-arasi and other episodes of a total superiority of representatives of Kodokan that isn't surprising since all the others fulfilled fight only in shape kata, and Dzigaro Kano it is perspicacious entered into practice randori.

But a bit later, in the period of 1891 - 1901гг to year began to occur, strange things, within "mestyachkovykh", so to speak, unofficial meetings with representatives of old schools reproach, the representative Fusen-ryu Mataemon Tanab over and over again wore out in orchestra seats of strong children from Kodokan (in particular Tobari Takisaburo), representing Kodokan and tormented them there quicker than the fast. Actually, a ne-vase for Dzigaro Kano a surprise wasn't: he also "invited" to play for the school of children with good orchestra seats like Samura Kaytyo, and being the functionary Butokukay устравивал competitions between serios parters that time as Isogayem Hadzime and the same Tanab. But an essence such is that though about good orchestra seats in Kodokana also knew, but in the program it didn't include, relying either on a tachi-vase, or on legionaries like Isogaya.

"Mestyachkovy petty intrigues" ended with that in 1900, in the presence of the Emperor on tournament where throws were resolved, painful on hands/feet and suffocating Tanabe tore all so strong that was admitted to Butuokuai by the instructor, received the corresponding title (rensi or kyosi). By the way to the representative Kodokan turned off a foot with the help ashi-garami.

And as within improvement of the program of judo of Dzigaro Kano as the person clever and intelligent, without thoughts connected a resource of Butokukay, despite of styles of school and other rubbish, judo began to be enriched seriously for the account the technician a ne-vase of Fusen-ryu and Takeuchi-santo-ryu.

By the way the interesting fact - the representative Fusen-ryu Yukio Thani was, well with Mitsuye Maeda and they even together opposed as a sign in Europe local boxers and wrestlers so and there is a certain interesting communication. Simply Yukio Thani located, eventually, in Great Britain, and Maeda in Brazil.

After 14 years of the technician the ne-vase was so well integrated into judo that Dzigaro Kano on the sly started being nervous: the whole a lot of wrestlers of a high rank started using scheme of construction of a duel well familiar nowadays in the Brazilian ju-jitsu: hikikomi (pull guard) — gaesi (sweep - revolution in orchestra seats) - painful/suffocating or deduction. And as various forms of a metal were used actively, and not less familiar scheme from above (metal pass — osaekomi) too wasn't less widely applied to the wrestler. Approximately then invented and sankaku-dzime (suffocation by a triangle).

To start began to correct the rules concerning painful receptions on feet. For some reason fights at that time were more nervous, derganny, and it was apparently not accepted to be given also many "intellectuals" fast "torn off" each other feet. Against an insufficient level of development of traumatology and orthopedics, in Kodokana made the decision painful on feet from randori and siay to clean that very quickly led to dying off of this section. Why to fulfill it is impossible what to apply. So now we see one unfortunate ashi-garami in katame-but-kata, as a loss echo in 1900. By the way, here I will afford one more, in my opinion, interesting retreat …

Vasily Sergeyevich Oshchepkov received the first is given in 1914 - just that year when rules changed. It means that it passed all course, mastering and painful on feet including. So attempts to attribute to these receptions a "innovative" shade within SAMBO history, doesn't keep within in any way a small group of historic facts.

In this look the ne-vase especially got accustomed at university schools of judo. At Kyoto university all simply moved to orchestra seats and continued to increase in this case the pace. It was connected, first of all, that to teach the beginner to fight more or less tolerably in orchestra seats it is possible somewhere in a year, while similar level in a rack, earlier, than year for three-four difficult to achieve. And university the trainer, as well as their many modern colleagues, first of all, concentrated efforts on achievement of certain results in competitions and, and command: i.e. there is the first couple, five minutes potter, one lost vazari, but the result - hikivake (draw) - i.e. on one point to each team rested in bed in a metal. Here if ippon, a victory - point to the winner and zero lost. Thus, the purpose of the majority was not to get on a throw, will fall off fight time, showing a little activity on the earth and to let pass to strong children who already really did weather.

The center Kosen it is indisputable there was the Kyoto university - Kyoto Butokuden.

The esthete professor Dzigaro Kano the beginning silently to bring this matter and in November, 1925 he arrived to the Kyoto university for discussion concerning equipment and rules of judo. Three days of intelligent disputes practically didn't yield result. Dzigaro Kano entered into Kodokane a ratio of 70% a tachi-vase and 30% a ne-vase, and also hikikomi (metal). Kyoto oyabuny left for universities old Kosen governed. Thus it should be noted that any scandals didn't follow. Anybody expelled nobody, and didn't deprive dans. On tournaments in Kodokana fought by his rules. On student's tournaments used Kosen governed.

By 1926 thirteen all was carried out the Japanese championships among pupils, the student's federation of judo was created. Rules were repeatedly corrected: that was cancelled by tatami borders, began directly with knees, cancelled time restriction and etc. - that is experimented with might and main.

To World War II by participants of the championship there were about 40 HIGHER EDUCATION INSTITUTIONS of Japan, and even the Korean university.

War frayed all, including and Kosen that is natural - universities closed, and judo forbade.

By the end of the 80th Kosen-dzyudo could find in додзе the following masters: Masakhiko Kimura, Konoske Kosak, Kanae Hirat, well and actually firm Kyoto University.

At the moment all listed masters are dead, at the Kyoto university kosen-dzyudoka call for old time's sake any who simply pays considerable attention to orchestra seats (like Kashivazaki).

The last representative of Kosen-dzyudo - to Toshikaz Okada, Tsunetane Oda's pupil and Kanae Hirata's colleague, taught until recently in Kodokana, and also held seminars in Europe and the USA. That is all left Kodokan - and everything returned to him …

As for comparison Kosen and the Brazilian ju-jitsu, they as one branch with different branches: certainly are connected and historically and, technically, but already you won't compare. Ju-jitsu develops actively, ground due to scientific approach, new technicians are invented. Kosen silently takes the place on the history shelf.

Analogy is as follows: ju-jitsu - as iPhone, and Kosen - like the old payphone for which and counters already aren't present.

It seems to me that Kosen in a certain degree provided ju-jitsu dispersal as the first missile stage, then I fell off, some time flied row, well and now accurately went down.

From the technical point of view, apart from painful on the feet, fundamental difference is that in judo there is an opportunity to win deduction: i.e.  got in mount or into pollacks controls and you shouldn't try - hold 30 seconds.

In ju-jitsu deduction is only the base for attack or further improvement of a position - and it, made BZhZh revolutionary, more difficult and interesting.

The representative of Federation of UAEJJ in Russia, a brown belt on the Brazilian ju-jitsu, "the master of sports" in sambo, KMS in judo.