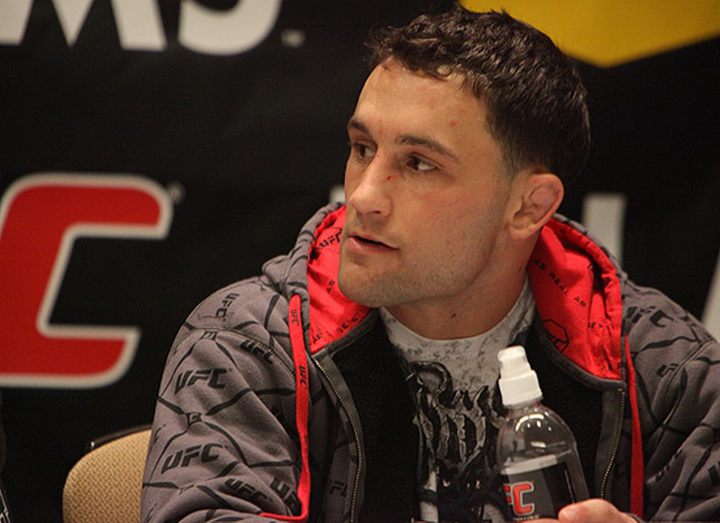 The former champions of UFC of Bee Jay Penn (16-9-2) and Frankie Edgar (16-4-1) in the run-up to the third meeting in the oktagon answered questions of this match and of its influence on advance in title race.

Frankie Egar: "I intend to put the end to this trilogy"

About a duel with Penn: "I — the person of the company. The boss asks me to make something, and I in game. Bee Jay still legendary fighter, and he is still dangerous. This fight won't seem to me easy.

Penn is still competitive. At such as it, always is any powerful reason for which they lose, and they always think that can recoup.

I understand it, but also itself I don't differ from it so, I intend to put the end to this trilogy, having turned the score in 3-0 ″.

About a place in title race: "Bee Jay — a legend, it, probably, the best easily weight in the history of MMA, and a convincing victory over it becomes for me a big step in title queue".

Bee Jay Penn: "Rest from performances did me good"

About a duel with Edgar: "After loss to MacDonald, I simply worked in the yard and was engaged in farming, spent time with a family, raised children. I tried to lead the normal life, after all all my antecedents consisted of take-off and falling, without residual were devoted to sports.

I think, rest from performances did me good. I am engaged in it long ago and all development of career is in many respects uniform so, sometimes there is a wish to have a rest simply from all this. But now, I feel, my time came! ".

About a place in title race: "Let's to me fight with Frankie Edgar. It is the single reason for which I return".