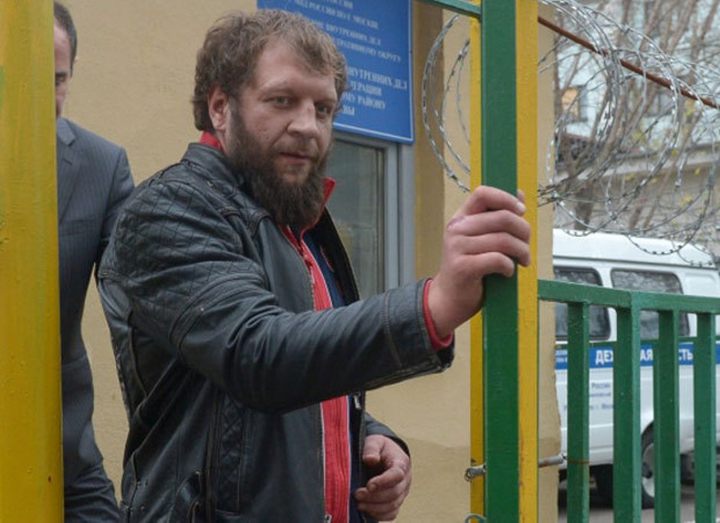 In the environment, on April 2, the quadruple world champion in the mixed single combats Alexander Emelyanenko put on the wanted list.

Against the athlete brought two criminal cases under the articles "Violent Acts of Sexual Character" and "Passport Stealing".

The 27-year-old housemaid Polina Stepanova accused of Emelyanenko's violation. The girl reported that Alexander Emelyanenko didn't try to make amends, even to contact it.

The lawyer of the victim reported that for a crime of which suspect the athlete, the legislation assumes real imprisonment.

- As it disappeared, without having been at the scheduled time for Emelyanenko's interrogation is put on the federal wanted list — the official representative of SK Russian Federation Vladimir Markin declared today.

Soon the consequence intends to bring to it charge, is reported насайте departments.

According to the investigators, on the night of March 3 Emelyanenko locked the woman who earned additionally at it the housemaid in the apartment, and then outraged upon it. After that the athlete took away the passport from the victim.

Alexander Emelyanenko isn't delayed yet. According to some information, it is in Stary Oskol. It in the Belgorod region.

We will remind that Emelyanenko Jr. not for the first time accuse of rapes. In August of last year with similar announcement in police the 23-year-old girl addressed. She claimed that she got acquainted with the athlete in cafe and accepted its invitation to go to it home. Pier, she also couldn't assume that at some instant it on her will snatch. Alexander declared that the lady accusing it — the prostitute to whom he paid for visit of 40 thousand rubles. As a result business was closed behind conciliation of the sides.