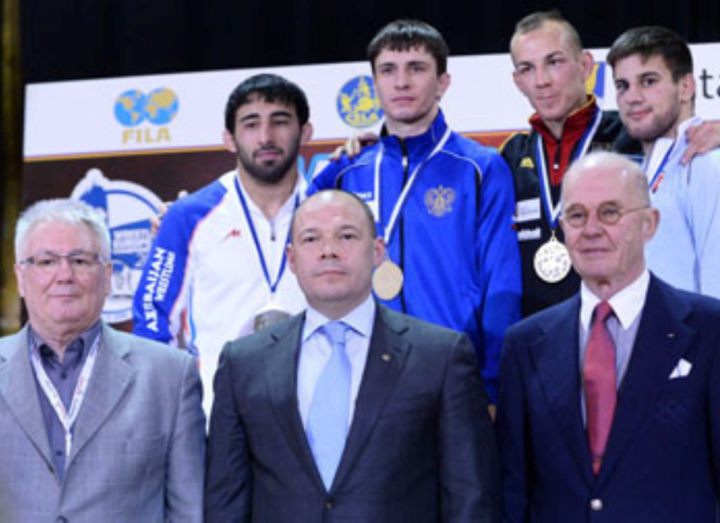 On April 5 in the Greco-Roman wrestling European championship, passing in Vantaa (Finland), Adam Kurak won gold in weight category to 66 kg. The award to the Russian wrestler was handed over by the member of the IOC from Finland Peter Talberg. Details were reported by the principal of the FILA working group"Wrestling-2020" Georgy Bryusov.

The fifth day of the European championship turned out saturated not only interesting fights on a carpet, but also important negotiations, - Georgy Bryusov marked. - On April 5 to Finland the president of FILA Nenad Lalovich who has passed the beginning of tournament because of an illness arrived. Besides the wrestling European championship was visited by the member of the IOC from Finland Peter Talberg.W will mark that he was elected in the IOC in 1976. Bigger experience among operating members of the IOC only at Vitaly Smirny - it originates since 1971. Peter Talberg marked that new rules returned fight former dynamics and unpredictability and supported FILA course under the leadership of Nenad Lalovich on continuation of reforms of world fight. The authoritative sporting politician also participated in an awards ceremony. It handed over a gold medal to Adam Kurak which performance became one of European championship jewelry.