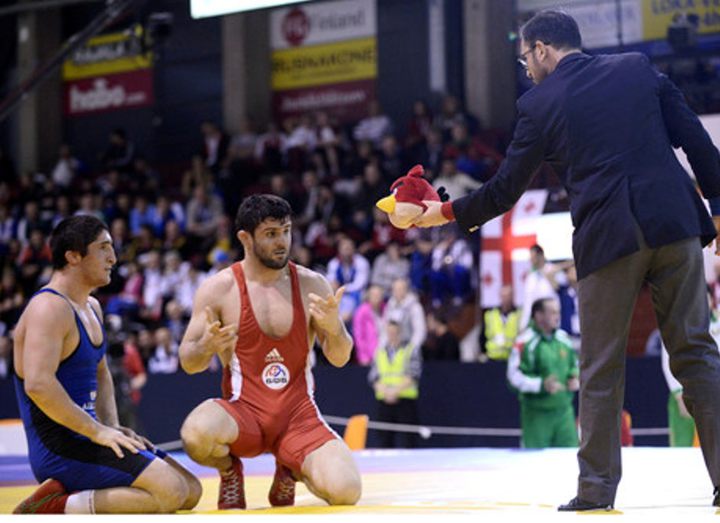 Plush toys in a bird species from the well-known computer game of Angry Birds are used for protest submission during fights in the European championship by the Olympic types of the wrestling, passing in Vantaa (Finland). Details of WRESTRUS.RU were reported by the principal of the FILA working group "Wrestling-2020" Georgy Bryusov.

The wrestler can protest the judicial decision during fight, - Georgy Bryusov reminded. - For this purpose his seconds shall throw on a carpet so-called челлендж. In rules it is told that chalenge shall be red or blue color according to body stockings of the wrestler, but the subject form strictly isn't regulated. On the majority of tournaments cubes or full-spheres were used, but the Finnish organizers approached to business more creatively, having selected an image of birds from the well-known game Angry Birds. By analogy to game of plush birds in the European championship throw on a carpet, but on it their mission comes to an end (smiles). One of the most important points of the European championship - birds practically aren't involved. If by old rules the protest moved in two fights from three, now челленджи jump out no more than 10 percent of duels. Moreover, no more than 20 percent from total number of protests are satisfied. It means that the new rules, which basis it was accepted in May of last year on FILA congress in Moscow, returned to fight not only the speaker, sharpness and effective receptions, but also objectivity of judicial decisions. Now the destiny of a duel completely depends on skill of the wrestler.